Linkage Community Trust is a registered charity supporting people with learning difficulties and disabilities. The aim of the charity’s Care Service is to support and enable residents to live as independently as possible. For some residents moving around the home can be difficult as heavy fire doors pose a barrier to some disabled residents, restricting where they can go unaided, which in turn reduces their independence. ‘Some of our residents have physical limitations which makes opening the fire doors without assistance really difficult and in some cases, impossible’ said Sophie Tuplin from Linkage Community Trust . This can lead to reduced self-esteeem of residents who would otherwise be independently mobile. Linkage Community Trust needed to find a way to keep the fire doors open, whilst ensuring safety of residents in the event of a fire and also ensuring that they adhere to legislation. Safelincs have worked with Linkage Community Trust to overcome this problem, with Geofire Agrippa Acoustic Fire Door Holders being installed in some of their properties. Fitted to either the top or the bottom of the fire door Agrippa Acoustic Fire Door Holders will hold your fire door open; on sounding of the fire alarm the Agrippa will be activated, releasing the fire door and enabling it to close maintaining safety and preventing the spread of fire.

Sophie Tuplin commented ‘The Agrippa Door Holders are great, they help us balance our responsibilities to keep people safe with our mission to enable individuals to become more confident and live more independently’. Installing the fire door holders has enabled residents to be able to move freely within the home, whilst ensuring that legal obligations, under the Regulatory Reform (Fire Safety) Order 2005, for fire safety of the residents and staff are met. 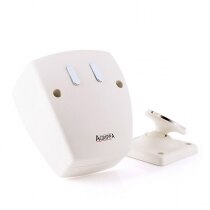 Angie has been our marketing manager since joining in 2002. She also has a keen interest in H&S issues.

An investigation followed a fire at a house of multiple occupation in Hayes, West London in March 2009.  Landlord, Mr Inderjit Singh, was found guilty of four breeches of the Regulatory Reform (Fire Safety) Order 2005. He was ordered to pay a total of £10,000 in costs and was given a six month sentence to be served concurrently for each of the four charges, suspended for 18 months.

The investigation showed that for a period of nine months prior to the incident Mr Singh had been contacted by Hillingdon Council with regards to general improvements required at the property and also with regards to fire safety. The property had no alarms fitted to communal areas and no risk assessment had been carried out.

Steve Turek, assistant commissioner for fire safety regulations said “Mr Singh was given plenty of time to improve fire safety inside the property but failed to comply. ” He also stated that the London Fire Brigade work very hard to ensure that landlords comply with current legislation and in cases where improvements are not made they will result in prosecution.

A Manchester hotel, Hallmark Manchester, part of the Hallmark Hotels Group, was found to have no automatic smoke detectors or manual call points on the third floor of the hotel as well as having defective smoke detection units on other floors and fire escapes that were not to standard. It was also evident that staff had not received adequate training in fire safety.

Three breaches of the Regulatory Reform (Fire Safety) Order 2005 were brought against the hotel, to which Hallmark Hotels pleaded guilty.

Anne Whitehead, health and safety officer at Hallmark Hotels commented that there were some frustrations over the conviction and fine as the company had inherited a list of issues after acquiring the hotel, formerly The Belfry House Hotel. She also stated that Hallmark Hotels were addressing these issues through a £5m refurbishment initiative.

Hallmark Hotels gave reassurance that the safety and comfort of their guests was of paramount importance to the company and had always kept a clear record for their fire and safety.

London Fire Brigade have successfully prosecuted two landlords for breaching fire safety regulations in one of their houses that had been converted into bedsits.

After a fire had broken out at the premises, inspectors found that the landlords were guilty of a number of breaches of the Regulatory Reform (Fire Safety) Order 2005. The landlords were informed of the breaches, which included inadequate fire detection, absence of emergency lighting along the stairway, absence of proper fire doors to bedrooms and communal kitchen as well as inadequate provision of fire extinguishers and fire blankets and no fire risk assessment available.

The landlords failed to complete work that had been requested of them to rectify the breaches of the legislation. This resulted in a prosecution being brought against them. The two landlords have been sentenced to six months imprisonment and ordered to pay £5000 costs each.

This case should remind landlords of their responsibilities and of the consequences of not ensuring that the rented accommodation that they own complies with the Regulatory Reform (Fire Safety) Order 2005.

Don’t delay dealing with your responsibilities…. We can help you with fire risk assessments and we can supply all fire safety products you require.