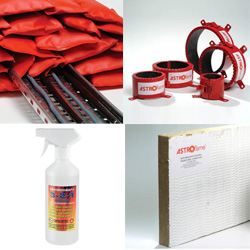 Six out of ten people who died in fires in 2009 had no smoke alarm fitted in their home, according to figures released by London Fire Brigade. 26 people died in fires where there was no working smoke alarm. The statistics also show that over half of the people who were injured by fires in the home in 2009 didn’t have this simple life saving device either.

Smoke alarms cost as little as £5 yet it is estimated that over 300,000 homes in the capital still do not have one. In contrast, Mintel’s British lifestyle survey reveals that people are spending £36 million a day on personal care.

Particularly tragic are instances where deaths have occurred in residences where smoke alarms had been installed but where either the batteries had been removed to power other devices or they had been allowed to go flat.

Safelincs supports the national Fire Kills campaign to encourage people to regularly test the batteries of their smoke alarms. It also provides a free smoke alarm reminder service which will notify you if your smoke alarms will need testing or replacing.

There is always a dilemma when protecting animals, kept in outside sheds, from fire. The high pitched sound of smoke alarms installed in the sheds causes distress to the animals and can seriously affect the animal’s health. On the other hand you have to detect fires in the sheds as quickly as possible if you are going to evacuate the animals in time to save their lives. We help animal lovers and farmers overcome this problem by offering an alarm system with sensors placed in the sheds that will radio-interlink to the alarms fitted in the house. The fire detectors have their sounders de-activated but will alert you at your house should a fire break out in the sheds.

For further advice, please do not hesitate to contact a member of staff at Safelincs on 01507 462176