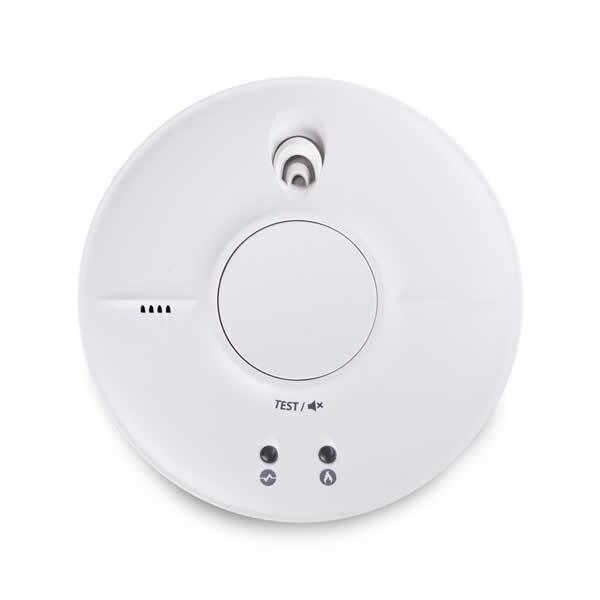 The FireAngel SW1-R optical smoke alarm is mains powered with a replaceable 9V back-up battery and large, central test and silence button. Two LED status indicators are positioned prominently on the alarm, one clearly showing whether or not mains power is active and the other will light up to indicate a fault or alarm when necessary. Up to 12 W1-R and W1-PF series alarms can be interlinked together via a dedicated cable, including the CW1-PF-T mains powered carbon monoxide alarm, to provide full coverage and reliable warning of possible danger throughout the premises. To ensure that there is a back-up in case of a mains power failure, these alarms also feature a 'safety clip' which prevents them from being fitted to the base plate without a battery.

The table below shows all the units that can interlink with the FireAngel W1-R alarms.

Technical Data FAQs (9)
Q. I want to install an interlinked smoke alarm system throughout my home, but what type of smoke alarms do I need in different rooms?
A.

We recommend a heat alarm in the kitchen, optical alarms in living rooms and hallway and ionisation alarms on landings.

Q. Why do your mains powered alarms have batteries?
A.

Q. Can I put my smoke alarm on the wall, or must it be mounted on the ceiling?
A.

The best location to install your smoke alarm is in the centre of the ceiling rather than on the wall. During a fire, smoke initially rises and then spreads to the sides of the room. By installing the alarm on the ceiling, this ensures that you receive the earliest possible warning of a fire.

Q. How long do smoke alarms last before needing replacement?
A.

It is recommended that smoke alarms are replaced after 10 years. This is because the sensors in the smoke alarms become less sensitive and may not activate when a fire is present.

Q. What is the difference between an ionisation and an optical (photoelectrical) smoke alarm?
A. 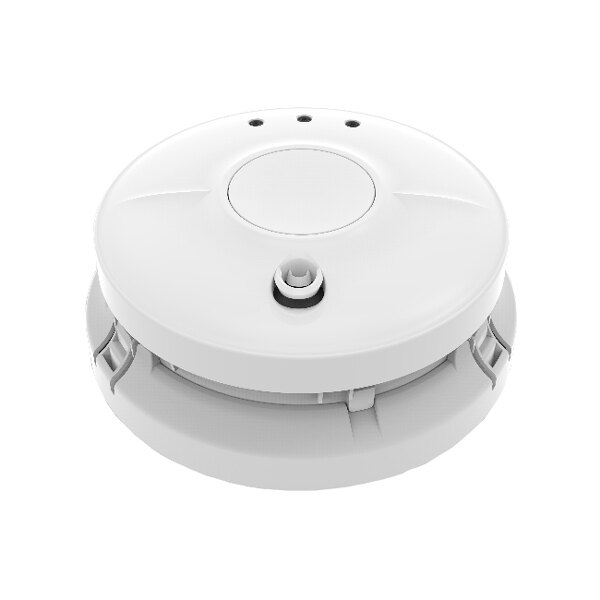 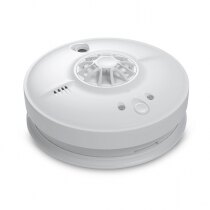