The AlarmSense open area sounder beacon from Apollo has a sound output of 99dB at 1 metre and gives a visual warning if the fire alarm system is activated. A maximum of five open area alarm devices can be connected to each zone of a CFP AlarmSense conventional panel system. 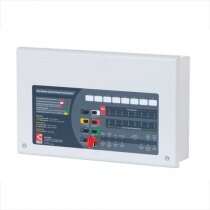