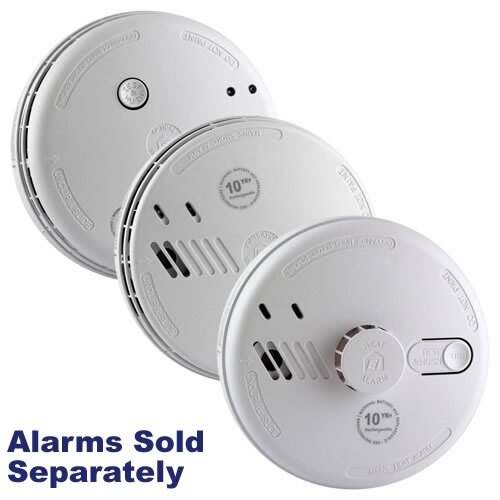 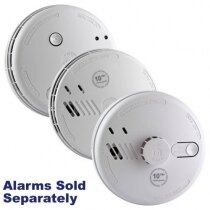 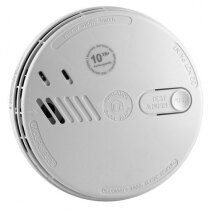 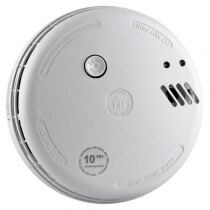 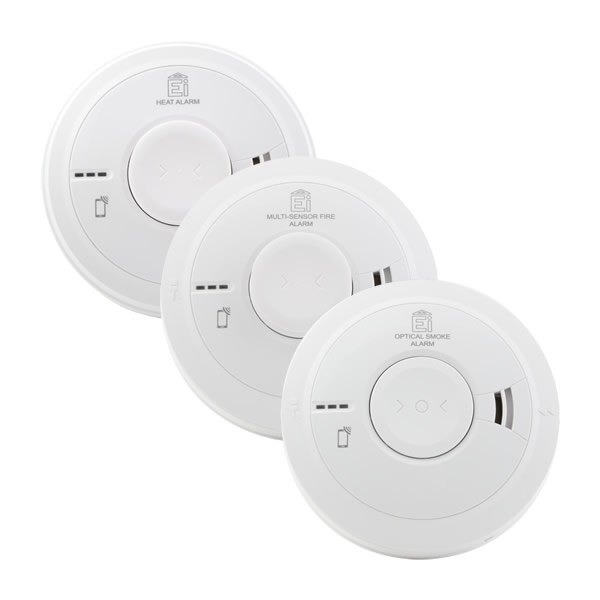 The Ei160RC series of mains powered smoke alarms are fitted with a sealed rechargeable lithium long life battery. Designed to last the life of the alarm, the back up battery will not need replacing and continues to power the unit in case of a mains failure. The Ei160RC smoke alarms can be interconnected using cable, allowing all the alarms to sound if a single unit detects a fire. This interconnection feature provides occupants with the earliest warning in case of an emergency.

The table below shows all the units that can interconnect with the Ei160 series of alarms.

The Ei160 series of smoke and heat alarms require a 230V AC mains power supply. Up to 12 alarms can be hard wire interconnected on one circuit.

To obtain a mains feed, the first alarm can be connected to the nearest lighting circuit using 2 core and earth cable. From this alarm, 3 core and earth cable is required for all additional alarms, which allows for the hard wire interconnection to work. Please see the diagram below:-

Alternatively, the alarms can be hard wired using a dedicated circuit from the distribution board.

Q. What sort of smoke alarm system would I need to install for a HMO?
A.

BS 5839-6 recommends that one or two storey HMOs with an individual floor area of no more than 200sqm (not the total of both floors) should have a Grade D smoke alarm system installed. Grade D refers to mains powered smoke alarms with a back up battery power supply. The alarms can be interlinked either by wire or by radio signal and the system does not require a separate fire alarm panel. For HMOs of 3 storey or higher, a Grade A panel system would need to be installed. This can cover the whole of the building, or can be used just for the communal areas with a separate Grade D system installed for the individual dwellings. For both applications, the level of cover should be a minimum of LD3 (in all escape routes) but this may change according to the fire risk assessment.

Q. Can I add a CO detector to a smoke alarm system with Ei160 alarms?
A.

Yes, even though the Ei160 series has been discontinued, the new Ei3000 series of alarms are compatible with any remaining 160s you still have. This includes the Ei3018 carbon monoxide alarm. We also recommend that you install a Ei1529RC locator switch as well which will allow you to find out whether an alarm is caused by CO gas or a fire.

43 customers have given this product an overall rating of 4.8 out of 5

Easy to fit. Base covered old alarm when it was removed.

Ordering was very easy as was fitting the alarm (we did already have the base plate wired in position).

Ordering was easy as was fitting the alarm.

quite simply, it could be life saving! Very sensitive, therefore they do what they are supposed to do.

This one is upstairs and, because the one downstairs is so sensitive, the upstairs alarm has never sounded..

peace of mind at a fair price

Super easy to install and wire up to a whole home system. Very impressed.

Arrived very speedily. Exactly what was ordered and fitted easily on existing bases. 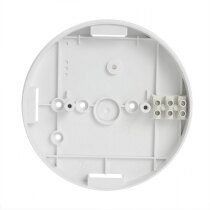 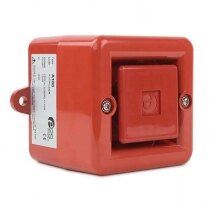 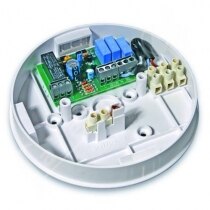 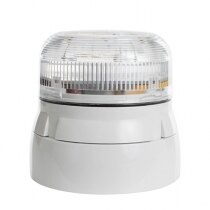 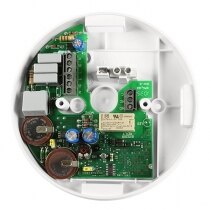 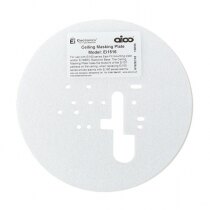