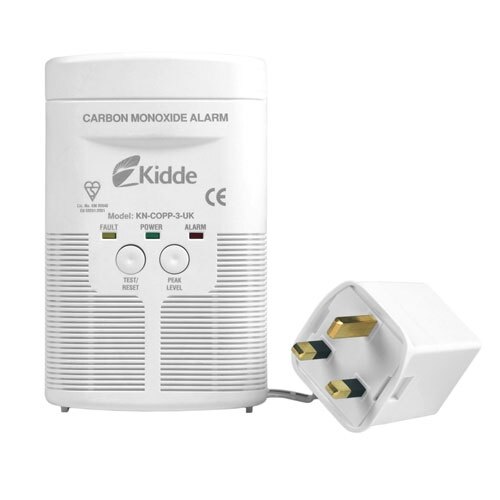 View Alternative Product
Product Overview
The Kidde 900-0191UK is a mains powered (plug in) carbon monoxide alarm featuring a battery back-up that will power the alarm in the event of a power cut. The alarm also features LED lights that indicate that the units functionality and a test button to confirm this regularly.
Technical Data

This is the technical data for the Mains Powered Carbon Monoxide Detector (with LED) Kidde 900-0191UK.

5 customers have have given this product an overall rating of 4.6 out of 5

Easy to use and adaptable for placing.

Was not sure from packaging if it would fit in kitchen socket This product replaced our old one and when ordering it we were sure that it had an additional plug with wire that would fit in the kitchen wall socket but when it arrived we were unsure. We rang safelincs who advised us that it did so we opened the sealed plastic to find it was exactly what we thought we had ordered. Product arrived in a timely fashion and staff were helpful.

Very neat and compact This is a great Product no wires dangling around!

It is as expected but due to the product we won't know until there's a problem if it's as good as it should be!