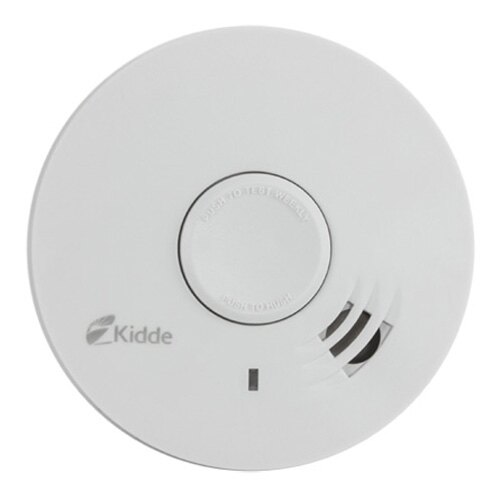 The Kidde KE10Y29 optical smoke alarm is fitted with a tamper-proof 10 year sealed longlife lithium battery that is backed up with a 10 year manufacturer's warranty. The alarm features a Hush button to silence false activations, combined with a 'low volume' Test button to protect your hearing when testing your alarm. The slimline profile of the KE10Y29 makes it an ideal addition to your fire safety set-up.

The 10Y29 is smaller in diameter, has a large test button to allow the use of a broom handle for testing the smoke alarm and has been tested not only to BS EN standards but also to additional, very demanding German standards, which have reduced the likelihood of nuisance alarms.