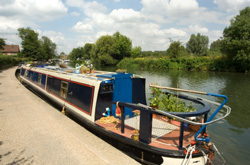 After having taken the precaution of having ones chimney swept and boiler serviced you would think that you would be safe from carbon monoxide poisoning. Unfortunately, this was not the case for an elderly retired law lecturer who died from carbon monoxide poisoning the morning after having his coal pellet burning central heating boiler and flue cleaned by a chimney sweep.

What makes this case even more tragic is, that the gentleman’s wife had suffered from chest pains and a bad headache that day and had been admitted to hospital, as she was an angina sufferer. It was later confirmed that she had also been suffering from carbon monoxide poisoning. As her husband did not complain of any symptoms at the time, carbon monoxide poisoning was overlooked and he stayed at home. The gentleman was found slumped in a chair in his home the next morning and was declared dead at the scene.

This case highlights how valuable a carbon monoxide alarm can be. If only one had been installed at this home, this senseless death could have been prevented. If you use fossil fuels (gas, oil, coal and wood) within your home, you could be at risk from carbon monoxide poisoning.

The symptoms of carbon monoxide poisoning are headache, sore throat, dizziness and nausea. More severe poisoning can result in confusion, drowsiness and difficulty breathing. Ultimately it leads to coma and death.

Further  information can be found in the Belfast Telegraph