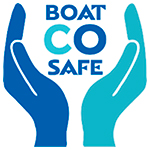 Spreading awareness about carbon monoxide (CO) poisoning among the boating community is important to protect boaters and to save lives. CO is a deadly gas created by incomplete combustion of fossil fuels and wood and boaters are at risk where their fossil fuel appliances don’t burn properly or where CO fumes are blown back into boats. It is not possible to detect this deadly gas with human senses as it does not have any colour, taste or smell.

We are proud to to announce that Safelincs have teamed up with TBS Boats Ltd, one of the UK’s leading boat sellers, in support of their CO initiative and the national awareness campaign boatcosafe.uk.

‘Following a number of cases of CO poisoning on boats in recent years TBS Boats Ltd have decided to launch an initiative to fit a CO alarm to every boat we sell, new and used, free-of-charge, raising awareness with boat owners.’ said Dominic Smulders, Managing Director, TBS Boats Limited. He went on to say ‘We are pleased to be supporting a national awareness campaign with boatcosafe.uk and have partnered with Safelincs, one of the UK’s largest fire safety retailers as one of the initiatives of this campaign.’

Safelincs have designed and printed awareness stickers that will be distributed to boat owners, highlighting the symptoms of CO poisoning, which can often be mistaken for a cold or flu as well as having a bespoke CO boat page on our website.

Angie has been our marketing manager since joining in 2002. She also has a keen interest in H&S issues.

Safelincs Celebrates the Return of Furloughed Staff6th July 2020
Getting ready to go back to work- COVID-19 assessment tips9th June 2020
NHS staff discount, a little something to say thanks11th May 2020

Safelincs are proud to support the Dominic Rodgers Trust in their Christmas campaign, launching on December 12th 2016, to increase the awareness of carbon monoxide poisoning. The initiative that is being run through First buses across Huddersfield, Halifax and Leeds will see a special promotion on the back of their tickets, reaching 1.5 million people.

Dominic Rodgers was 10 years old when he died in 2004 from carbon monoxide that seeped through his bedroom wall from a neighbour’s faulty appliance. His mum, Stacey Rodgers, has been campaigning tirelessly since the tragic accident to raise awareness of carbon monoxide poisoning.

Carbon monoxide (CO) has no smell, colour or taste and can only be detected by a CO alarm. As the symptoms of CO poisoning mimic those of flue, headache, dizziness and feeling nauseous, this campaign is very timely. The campaign offers travellers on First buses a 10% discount on a FireAngel carbon monoxide alarm. 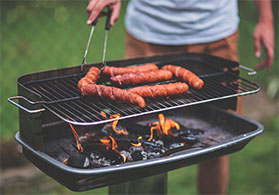 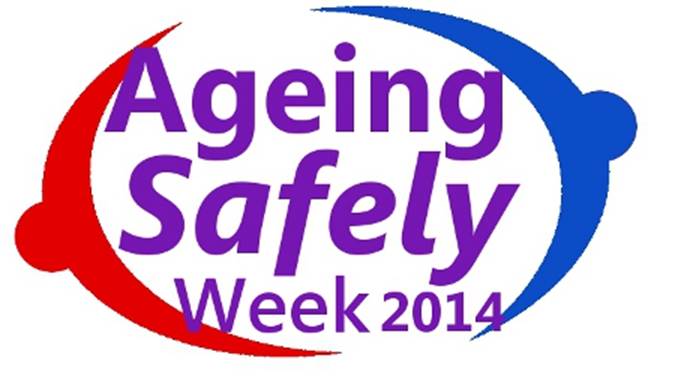 The Chief Fire Officers Association and fire services across the country are supporting Ageing Safely Week which commences at the end of September.

The risk of dying in a fire for those aged 65 and over is more than twice as high as the average risk for all ages. Across the country fire and rescue services identify those who are most at risk in their community and undertake targeted prevention and protection activities. 23% of the UK will be aged 65 and over by 2035, therefore older people will increasingly be the focus of preventative fire safety.

The Ageing Safely Week, which runs from 29th September to 5th October, provides a platform for fire services to run initiatives and events that focus on such aspects of fire safety as getting chimneys swept, the safe use of electrical heaters and cooking safely.

Safelincs have a number of products that are particularly suited to maintaining the safety of senior members of the community. These include radio-interlinked smoke alarms, connected through radio frequency signals, which ensure a fire alarm is heard throughout an entire residence.

Smoke alarms for the deaf and hard of hearing feature high-intensity strobe lights and vibration pads to wake the deaf person during the night if there is a fire alarm. We also have portable deaf alarm systems.

Innohome stove alarms provide reliable fire protection for the area of the home where elderly people are particularly vulnerable. A loud alarm is activated if the cooker becomes too hot or when an empty hotplate is left on, warning of a hazardous situation before toxic gases are produced or a fire starts.

Many homes now have a fire extinguisher and, whilst the fire service advice is to evacuate immediately, most people can prevent a small fire getting out of control. We would recommend a one litre water mist extinguisher which can be used on any type of household fire. This appliance utilises relatively recent technology that smothers a fire using microscopic ‘dry’ water particles. It works even on deep fat fryer fires and is safe to use on electrical fires.

Every home should have a carbon monoxide detector. There is a range of both battery and mains powered products that will give an early warning of the presence of this deadly gas.

In the middle of Ageing Safely Week, UK Older People’s Day takes place and the aim is to create some synergy between the two campaigns. Held on the 1st October, the same day as the International Day of Older Persons, it is a celebration of the achievements and contributions that older people make to our society and the economy. Its objective is to challenge negative attitudes and outdated stereotypes.

Esther Rantzen CBE, founder of The Silver Line helpline, is also supporting the Ageing Safely campaign. “Older people are more at risk from fires in their homes than any other sector of the population. The majority of those over 75 live on their own, and loneliness erodes confidence so seriously that it can lead them to neglect themselves, and put themselves in danger,” she says.

Today is the beginning of the national Carbon Monoxide campaign “Zero Deaths”. The project is designed to raise awareness of the dangers from this poisonous gas and the threat it poses to householders. In the UK over the last 2 years, over 800 people have been recorded as being affected by carbon monoxide leaks and 130 of those have lost their lives. Many people do not recognise or report their poisoning, so there are many more people affected by the gas than the above figure suggests.

Carbon monoxide is an odourless, colourless gas that is produced when burning fuel. The most common cause of carbon monoxide poisoning is fuel-burning appliances that are not fitted correctly, leaking the gas when natural fuels such as gas, coal, wood etc. do not completely combust. This is not only dangerous to you but also to your neighbours. Carbon monoxide is capable of leaking through walls and ceilings and can penetrate into other flats or attached homes.

The main signs of carbon monoxide poisoning are light-headedness, headaches, vertigo and flu-like symptoms. If you experience these symptoms, you would be best advised to evacuate the house and contact your gas services.

A few simple ways to protect yourself and your family: