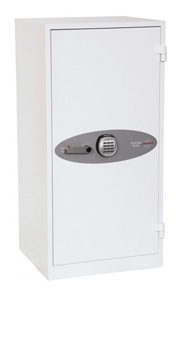 The International Bomber Command Centre, in partnership with Lincoln University, is creating a Memorial Spire which will be delivered to Bourne in Lincolnshire on the 10th of May, followed by a Memorial Wall with the names of 26,500 service men and women from 2 and 5 Group. In a second phase, the names of other Groups will be added.

An Interpretation Centre will then follow with an opening date in 2016, this will house the digital archive which the Lincolnshire Bomber Command Memorial Trust is creating, all the data is going to be in digital format so that the original documents can be preserved for ever. The trust is currently in the process of scanning the documents and photographs so they can be accessed from all over the World. The precious original documents will need to be stored in a protective environment, ensuring that they do not get damaged in the event of a fire. To help the efforts of the trust and to ensure these historical documents are safely stored, Safelincs has donated a Fire Ranger 1511E fireproof safe for free.