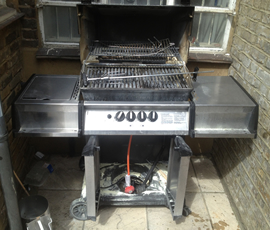 Can fire extinguishers be stored outside? 6th January 2022