Safelincs value every comment made by our customers and actively seek their views through the questionnaire that is sent out after each purchase.

The results of the questionnaires are reviewed on a daily basis by one of our customer care team. They contact the customer and update them of any action that may be taken as a result of their comments. Improvement suggestions are then discussed at a weekly customer care meeting.

A suggestion made by a customer led our warehouse to look into the packing method of one particular type of smoke alarm. These smoke alarms had so far been protected in transit with padded envelopes. We decided that to avoid the outer packaging of the smoke alarm potentially arriving a little crumpled, the best way was to invest in bespoke secondary boxes to transport these smoke detectors safely to our customers.

The result has been very encouraging. No further comments have been received since the introduction of this measure.The new packaging can also be fully recycled.

Please let us have any comments you might have about the shopping process, our fire safety products and our delivery so that we can improve our service to you.

Now that the nights are drawing in and the temperatures are dropping we are all starting to light our fires. Those with pets will not need to look far to know where their cats and dogs are, if the fire is on they are probably sat directly in front of it.

A study has shown that pet owners are more at risk from Carbon Monoxide (CO) poisoning than those without. As their cats and dogs snuggle up on the hearth, their hairs can block or restrict air vents intended to ensure adequate ventilation.  Partially restricted or blocked flues and vents can lead to incomplete combustion of the gas and the creation of Carbon Monoxide.

To ensure that you are not at risk of Carbon Monoxide poisoning ensure that you clean and hoover vents on a regular basis to prevent the pet hairs clogging them. You should also ensure that gas appliances are serviced on a regular basis. Should you suffer from headaches, feel drowsy or generally unwell when sat in front of the fire, turn the fire off, ventilate the room and contact your gas supplier to check for CO. You can also protect yourself and your pets by purchasing a carbon monoxide alarm. This alarm will alert you should the CO content in room reach dangerous levels.

Everyone should take some time to get familiar with the dangers and potential causes of carbon monoxide.

To make life easier for you, we have laid out our guide in an easy-to-use manner, with tabs to click on to go to the section that is the most relevant to your needs. Visit our fire extinguisher guide 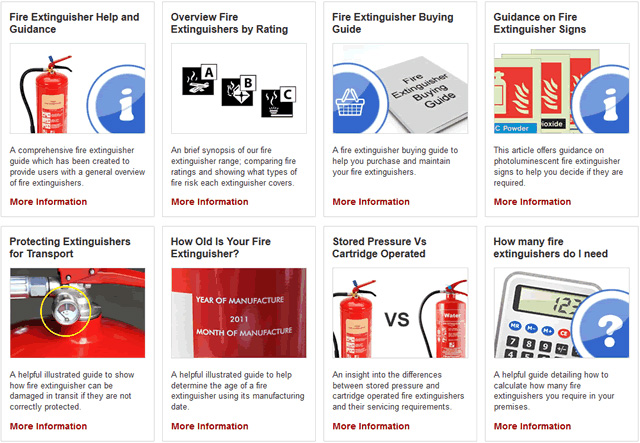 We are always striving to improve our service, our products and our organisation. With this in mind Safelincs have been streamlining the processes in the warehouse and were assessed yesterday by the United Kingdom Warehousing Association (UKWA).

The warehouse team, led by Warehouse Manager Carl Hill, have been working hard to further improve our warehousing standards. At the end of the assessment day, Carl stated that ‘our hard work and determination to achieve the highest standards in our warehouse has finally paid off by achieving the UKWA accreditation.’

The assessor from the UKWA was very impressed with what he saw. Carl reported ‘the assessor also stated that the high standard of our warehouse was in the top 1-2% of all companies he has ever visited in his long working life.’

Thursday, 14th of October 2010 is the annual World Sight Day, held to increase awareness of the blind and partially sighted. 4% of the population have a vision impairment and 90% of blind people live in low income countries. 80% of blindness experienced is treatable or could have been avoided.

Safelincs’ chosen charity, Mercy Ships, is a charity that runs a hospital ship that provides life changing operations to those in the poorest countries. Mercy Ships delivers eye tests, cataract operations and delivers training and education initiatives to help prevent blindness amongst. Safelincs organises fundraising events and raises funds through the company as well as donates fire safety goods.

To mark this year’s World Sight Day we are looking at ways of improving our service to the visually impaired and blind. We would like to improve our website to make it easier for a visually impaired person to use it.

If you have any comments or ideas on how we could achieve this, please send them to angie@safelincs.co.uk
Let’s combat this problem together, remember World Sight Day

A Manchester hotel, Hallmark Manchester, part of the Hallmark Hotels Group, was found to have no automatic smoke detectors or manual call points on the third floor of the hotel as well as having defective smoke detection units on other floors and fire escapes that were not to standard. It was also evident that staff had not received adequate training in fire safety.

Three breaches of the Regulatory Reform (Fire Safety) Order 2005 were brought against the hotel, to which Hallmark Hotels pleaded guilty.

Anne Whitehead, health and safety officer at Hallmark Hotels commented that there were some frustrations over the conviction and fine as the company had inherited a list of issues after acquiring the hotel, formerly The Belfry House Hotel. She also stated that Hallmark Hotels were addressing these issues through a £5m refurbishment initiative.

Hallmark Hotels gave reassurance that the safety and comfort of their guests was of paramount importance to the company and had always kept a clear record for their fire and safety.

This week is the UK’s Customer Service Week and what better time could there be to announce our best customer care results ever. We ask you, our customers, what you think of us and our service through a questionnaire sent to you after your fire safety order is delivered. This feedback is invaluable to us. We use your comments to tailor our services and products to meet your requirements even better. This process is facilitated by daily feedback sessions and a weekly customer survey meeting, in which the different departments at Safelincs sit together to run through the week’s feedback. 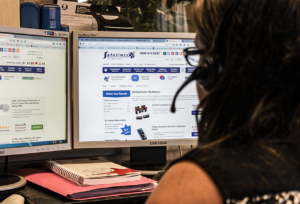 In September 83.2% of our customers that filled in our customer survey stated that they agreed ‘strongly’ with our question if they were satisfied with our service! We feel that this is a reflection of our service to our customers and that we go that extra mile to provide the best solutions for your needs.

Another record was broken in September with our shipping performance. We have seen our lowest total cumulative warehouse errors at 0.2%. This is an outstanding result and beats the industry standard by far!

The annual event is organised by The Fire Fighters Charity and Fire Kills campaign. This year’s topic is called Matches and Lighters – Tools Not Toys. The brigades of North Lincolnshire will be visiting schools to deliver talks on fire safety awareness and the dangers of using matches and lighters. The campaign is also aimed at providing useful tips for parents.

The campaign has a website that can be accessed where children can play interactive games and adults can gain tips and learn activities that can help to educate their children to be safe around matches and lighters.